While there is no such thing as a bad word, some words produce troubling and uncomfortable emotions and responses in people on a personal or professional level. One such word is SEPARATION. For most people, separation (the process or thought) evokes feelings of sadness, loss, regret, anger or an uneasy sense of relief. If you doubt that this is true, ask the new mom who is “forced” to leave her new baby in the care of another when her maternity leave expires, or the child who has just been told by his mom and dad that their marriage can’t work anymore. Better yet, ask the employee(s) that was called into a meeting and advised that his services are no longer required by his employer due to unresolved issues with his performance, or as a result of the company’s effort to “right size” operations to save money. You can even ask the manager/supervisor who was the bearer of the bad news. For even the employee who has just handed in a letter of resignation, after 15+ plus years of service …seemingly no one, is immune from the effects that separation produce.

In the world of work, separation may be voluntary or involuntary. When voluntary, separation come in the form of a resignation or retirement. When involuntary, the employee might have been fired or made redundant as a result of a company lay off. This post will look at involuntary separation also known as: termination, dismissal or firing and examine who essentially decides. Yes, who decides?

Are you firing me? That’s up to you.

Most if not all established organizations use their human resources policies and procedures to outline how the matter of employee separation will be dealt with. These policies and procedures are not standard and may vary from organization to organization. But at a minimum, they specify the terms under which employees can be separated from their jobs, and/or the steps that should be followed in addressing any area of concern be it discipline, or performance related. These policies  typically provide that the  employee concerned, will first be notified of any issue(s) with his/her performance via an informal discussion with his/her supervisor. This may later be followed with a formal verbal warning, if/when the desired change in the employee’s  behavior/performance fails to materialize as expected and discussed. And ultimately, the situation maybe further escalate with a formal written warning to the employee (usually suspension or leave of absence) before the final decision is made.

Nonetheless, it is a commonly understood and believed that it is the manager/employer who makes the decision about who to separate from a job and when. This is because, we tend to focus on who communicates the decision, who is in authority, and therefore, ultimately responsible. But I submit, that this is not entirely true, for in some cases, it is the employee who truly decides. Over the course of my management career, I have been involved in the process of separating two employees from their jobs. And while the decisions were never easy, I  take full responsibility for making them as  I believed they were necessary and highly justifiable. I’ll even venture further to say that, it was the employees themselves that decided and sealed  their fates, and ultimately determined whether or not they would keep their jobs or be separated from them. 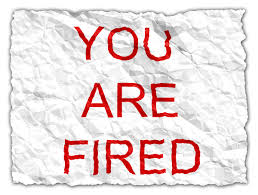 How so? Employees decide whether they are to be separated from their jobs by virtue of their actions or inactions, attitudes or the level of responsiveness they demonstrate when issues or concerns about their work  are brought to their attention. In both of these instances I dealt with, I had observed some troubling performance issues during the probationary period. Through careful observation, continuous dialogue and documentation, I worked closely with the individuals in question, to provide support and guidance to enable them to be more successful in their roles. So, after initial discussions (informal and formal) both employees agreed with the issues raised and expressed a willingness to make necessary changes to effect improved performance in keeping with the expectations of their roles.

However, despite the agreement about the way forward and adjustment required of them in their roles, their actions suggested:

Therefore, in these two instances, I recommended separation of the final decision. It is important to  note that  none of these decisions were taken lightly. I was very much aware of the  likely impact that my decision would have on the persons’ life (loss of income) and could have on future career prospects. But, that had to be balanced with the  my responsibility as team leader, the needs of the organization, the impact that a “bad hire” could have on the rest of the team and  the costs to the  company in the long term. For I had seen too many examples where, managers and supervisors identified serious gaps with  new hires from early out, but ignored them, hoping for a turn around in employees’ performance. 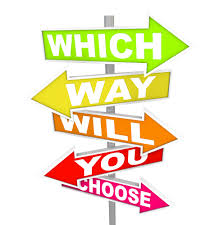 Now, I cannot say that any of those decisions made me popular or happy. My decisions were made after months of observation, meetings, discussions and supportive interventions to resolve the matter in the best interest of all concerned. Though I considered the outcomes unfortunate (I felt really sad after the first one), I never regretted my decisions. Handling separation can be as hard on the employee dismissed as the supervisor/manager who did it. This is in part due to the knowledge that the supervisor may have about the employee’s circumstances, and the likely challenges that  employee might encounter in seeking a new opportunity.

Therefore, I would caution managers/supervisors to think carefully about this course of action, ensure that they are coming from the “right place”, and to follow the company’s policy and procedure exactly. In addition to that, I would also recommend that they keep their own supervisors in the loop about the issues that are experiencing, and their plans to deal with it, so as to benefit from their insights as well. As for the employees, be open minded and flexible when you step into a new environment and new role. Listen, observe and learn. Seek help if you need it and don’t be too quick to shift the blame. It may very well be that the job is less or more than what you expected or it might not be a good “fit” for you. And if you so determine, then you will need to be honest with yourself, seek help or guidance  or move on. For at some point, it is you who decides.

2 thoughts on “Separation in the Work Place-Who Really Decides?” 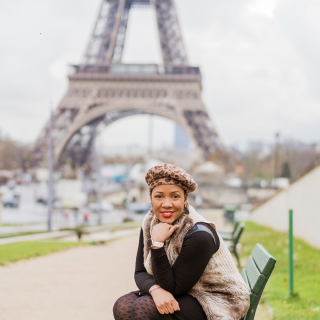